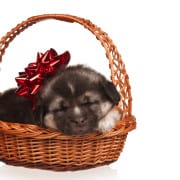 Or… Maybe it’s time for a change.  There’s been much discussion for the past few years about the viability of the billable hour, the high numbers of lawyers (especially but not exclusively women and women of color) leaving the profession, and the high rate of lawyer depression.  In case you missed it, Thursday’s New York Times carried an article that quickly hit the top of the “most emailed” list: Who’s Cuddly Now?  Law Firms (free registration required).

A snippet from the article:

Over the last few years and, most strikingly, the last few months, law firms have been forced to rethink longstanding ways of doing business, if they are to remain fully competitive.

As chronicled by my colleague Alex Williams in the Sunday Styles section earlier this month, lawyers are overworked, depressed and leaving.

Less obvious, but potentially more dramatic, are the signs that their firms are finally becoming serious about slowing the stampede for the door. So far the change — which includes taking fresh looks at the billable hour, schedules and partnership tracks — is mostly at the smaller firms. But even some of the larger, more hidebound employers are taking notice.

It includes a quick recap of Deborah Epstein Henry’s FACTS proposal, which suggests that:

work time can be: Fixed (allowing lawyers to choose less high-profile work for more predictable schedules), or Annualized (intense bursts of high-adrenaline work followed by relative lulls); Core (with blocks mapped out for work and for commitments like meeting children at the bus); Targeted (an agreed-upon goal of hours, set annually, customized for each worker, with compensation adjusted accordingly); and Shared (exactly as it sounds).

And sure enough, some firms seem to be listening.