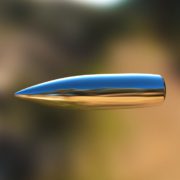 Last week, I spoke with a potential client who shared that his practice has been shrinking in the last few years.  We discussed his obstacles and his opportunities, and there’s quite a bit he can leverage.  The problem became apparent, though, when I asked what he’s tried.  One brief example of the problem: he’s tried to networking using LinkedIn, Facebook and Twitter.

But he doesn’t really use any of the platforms.  He’ll start with one, then the next becomes the latest and greatest and so he shifts, but a new latest and greatest pops up, so he shifts to that one.  And it isn’t social media: he’s jumping around with face-to-face networking groups and even types of activity, always believing that his jump will get him to something easier and more effective.

But here’s the truth: Chasing the silver bullet, in social media or anywhere else, will undermine your rainmaking efforts and trash your confidence.

Innovations will come up over and over.  Some will be complete game-changers (the advent of the Internet and websites), many will be a quick flash and then gone (SixDegrees.com), and some will be slow-growers that prove useful over the long-term (LinkedIn, apparently).  Jumping to the hottest new thing will leave you tired and frustrated.  But you can’t overlook all the great new stuff that’s coming out.  What to do?

When you spot the next new thing, here’s what you must consider before jumping in.

Back to the potential client I mentioned.  When we talked about his taking on new activity, he was clear that he’s of a “newer is better” mindset.  He was unwilling to take my suggestion of focusing in on a handful of proven approaches, and so I was unwilling to take him on as a client.  I hope he’ll prosper and prove me wrong.  Unfortunately, my hunch is that he’ll conclude at some point that business development just won’t work for him.  And that’s the worst outcome of all.  Don’t make his mistake.

Watch your attitude!
Scroll to top