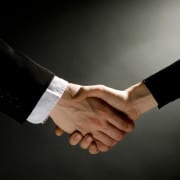 I wrote a couple of weeks ago about the “soft” skills on which law firms can profitably offer training to summer associates.  Networking was on that list, and it’s probably my top pick for the hands-down most important soft skill.  I received a number of questions about what I mean by teaching networking.  So, here’s a brief overview of the networking seminar that I’ve developed.  The seminar of course goes more deeply into the how and where of networking, as well as focusing on self-presentation skills… But this is the foundational material.

Few “soft” skills receive as much attention in law school as networking.  The reason is simple: networking will have a huge influence on your career success, so attention to why, where, and how you network will pay immediate rewards.  The good news is that you network every day, whether you recognize it or not.  You have networking opportunities every time you come into contact with another person, so your focus should be on how to make the best use of those opportunities.

Why should you network?  Networking is critical for client development.  Most people who have a legal need will ask their colleagues and friends for lawyer recommendations – and that’s true whether the need is personal (i.e. will and estate matters) or business (i.e. commercial litigation).  People hire, give work to, and buy from other people they know, like, and trust.  That’s what networking accomplishes.

Networking is not the process of going somewhere armed with business cards, ready to pounce on the first person you encounter to get the business.  That’s the kind of behavior that gives networking a bad name and leads nice people everywhere to dread it.  Instead, networking is relationship-building.  It’s the process by which you meet someone, learn about him, his work, his interests, his family, what he needs and desires, and so on.  It’s developing an acquaintanceship that may yield benefits someday for you or someone you know.  Sometimes the benefits are immediate: occasionally, networking will reveal an immediate need that you can meet or will lead you toward an as-yet undiscovered opportunity.  More frequently, it’s simply the opening stages of a relationship that will mature over time.

Where should you network?  Anywhere and everywhere.  Networking can be structured.  Most commonly for lawyers, networking occurs at bar association meetings and firm- or law school-sponsored social events.  As a law student, look forward and think of networking as something you can do for your own professional and career development starting now.  Networking opportunities come up every day, every time you meet someone.  When you meet someone at the gym, that’s a chance for networking.  Attending a party is a networking opportunity.  Even attending your child’s little league game can be an occasion for networking.

You can and should network whenever you meet someone, but you should be networking to build relationships and not to get a job or get business or to get anything else.  The best networking occurs when the person with whom you’re networking has no idea that you are networking.  It’s social behavior at its best.

How should you network?  This is a broad topic that deserves a post of its own.  But the bottom line is that you should seek to get to know other people, to look for opportunities to make yourself useful to them, to be other-focused.  There are two reasons for this.  First, and most importantly, this is an honorable way to conduct oneself in any setting.  Second, people like to talk about themselves and their business, but few people like to listen deeply.  You will distinguish yourself by focusing on the person with whom you’re in conversation.  She will appreciate your attention, and she’ll especially appreciate anything you can do to help her.  One terrific way to follow up on a networking contact is to send an article that would be of interest to your contact.  It shows that you were paying attention, and it’ll demonstrate your desire to help that person.  Your contact will be flattered by the attention, and he will reciprocate because he will be curious about the person who is so nice and so interested in him and his business or his life.

One book that I highly recommend for summer reading is Bob Burg’s Endless Referrals.  Although the book is written primarily for sales professionals, everyone can benefit from the other-focused networking skills that Burg teaches.

Follow-up — it isn’t easy being green.

Congratulations to the women of Kuwait!
Scroll to top